We are pleased to welcome Jacqueline Seewald to our blog, whose book, Highland Heart is being released today, November 1, by Luminosity Publishing. 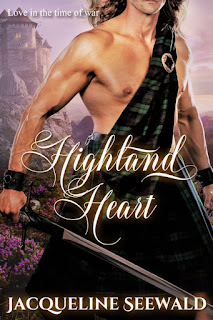 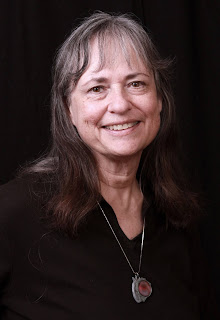 Seewald is the author of twenty published novels, including five mysteries in the Kim Reynolds series. The newest release is Blood Family.  A review from Amazon.com  “Ms. Seewald has been known for her strong characterizations and tight plotlines and Blood Family is certainly no exception.”  Lelia Taylor 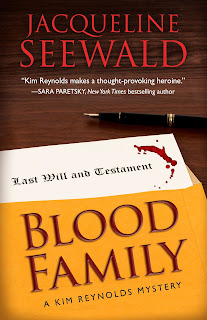 Multiple award-winning author, Jacqueline Seewald, has taught creative, expository, and technical writing at , as well as high school English. She also worked as both an academic librarian and an educational media specialist. Twenty of her books of fiction have been published to critical praise including books for adults, teens and children. Her short stories, poems, essays, reviews and articles have appeared in hundreds of diverse publications and numerous anthologies such as: The Writer, LA Times, Reader’s Digest, Pedestal, Sherlock Holmes Mystery Magazine, Over My Dead Body!, Gumshoe Review, Library Journal, Publishers Weekly, and The Christian Science Monitor.

JT:  It sounds like you’ve had a love of writing all your life! How long did it take for your first book or article to be published?

Jacqueline: My first professionally published work was a short story that appeared in the now defunct London Mystery Selection, a quarterly print publication. By that time, I’d had my first child and taken a leave from teaching. So I was thrilled.

JT: Your market reaches all ages, adults, teens and children.  And not just books but poems, and plays! You are multi-talented and must have ink in your veins. What is your favourite genre to work with?

Jacqueline: Thank you for the compliment! I’d have to say mystery and historical romance for adult readers and picture books and YA novels for children and teens are my favourites, although I read a great variety of fiction and nonfiction and like to write in a diversity of genres. I don’t write as much poetry or nonfiction as I did at one time.

JT: Where do you draw inspiration from for your novels?

Jacqueline: I get many ideas from real life. Listening and observing provides inspiration for writing.

T: As an author, do you have a favourite character among the many you’ve created?  And if so, why?

Jacqueline: Kim Reynolds, university reference librarian and reluctant sleuth, has been the main character in five of my mystery novels. She and I share that occupation. Of course, my sleuthing is limited to writing.

JT: You also have co-authored a mystery – The Third Eye.   As you know Jamie Tremain is a partnership collaboration and we love to know how others find the process. Is this something you enjoyed, or did you find writing solo works better for you?

Jacqueline: I’ve written two novels with my sons and very much enjoyed the process. They brought a lot to the work that was unique. But mostly I work on my own.

JT: You are a wife and mother and have had a busy career including being a teacher and librarian. How did you ever find the time to write?

Jacqueline: The truth is that I’m now retired. That’s given me time to write.

JT: Speaking of time to write, how has COVID affected you? Do you find it’s given you more time to write, or is it a non-issue as far as being creative?

Jacqueline: Unfortunately, I’m writing much less these days due to my husband’s continued health issues.

JT: Sorry to hear that, and we wish him well. Your dream was to become a fulltime professional author, which you have achieved. Well done. A good segue now for you to give us a sneak peek at your newest book, Highland Heart. Tell us about it please.

Jacqueline:   Heart is a sensual historical romance set in and the in 1745 at the time of the second Jacobite Rebellion. (Think Tom Jones by Henry Fielding!) The romantic involvement is between a French aristocrat who is part Scottish and a British army officer who finds her as desirable as she finds him. Try as hard as they might, their overwhelming passion for each other cannot be denied. But people and events come between them nearly destroying their relationship since they are politically on opposite sides.

“What will you do with him?” Madeleine asked, her face pale, lower lip trembling.

“He’ll be our prisoner until we’re well out of here. I’ll not be hung as a traitor by the English.”

Andrew turned to Gareth. “They say you’re a brave soldier and that your men respect you. We’ll do you no harm. Unlike your people, we’re not butchers.”

But Gareth wasn’t accepting what her cousin said. It took the same four men to subdue him, and finally, the giant, Fergus, rendered Gareth unconscious with a hard blow to the jaw.

“Is he all right?” she asked with a wavering voice.

“There was no other way to get the bonds on him,” Fergus said. “The mon has the strength of a demon.”

She remained in the cave, waiting for Gareth to regain consciousness, unable to bring herself to leave until she knew for certain that he would truly be all right. As he began to moan softly, she brought a cloth and some water to wash the blood from his face.

When his eyes opened, Gareth at first looked puzzled. Then a flicker of memory came into those glittering sapphire eyes and he seemed to recall the circumstances which brought him into his current situation.

“Untie me,” he demanded of her in a soft, urgent voice.

She shook her head. “I cannot do it. They won’t hurt you. Andrew promised.”

“The promise of a barbarian? And what’s that worth?” He sounded bitter and cynical.

“At least as much as yours,” she countered, pressing his bruised face a little too gingerly with the cloth. “My cousin is a man of honor.”

“Careful!” he said, squirming from the pain.

“You’ve nothing to fear.”

“As if I could trust you!” he spat out angrily.

She stared at him in surprise. “You think I betrayed you in some way?”

“Didn’t you? You knew I followed you here and you told them.”

“I did no such thing! I never dreamed you’d follow us. Why would I? And why did you follow us anyway?” She eyed him suspiciously.

“I thought you might be coming to your cousin.”

“How clever you are,” she said.

“Not near clever enough.”

Her heart hurt; she felt a deep sense of regret and disappointment. He obviously held a low opinion of her.

Andrew joined them at that moment. “Madeleine, I think we might try a bit of a ploy. Tell my mother what has happened. Ask her what she thinks about telling the English soldiers that we hold Eriksen. We could promise to return him if they leave here.”

“They have orders, MacCarnan. If I die, the next man in line will take command, and so forth. It will never end until you’re taken into custody or dead. I’m a worthless hostage to you.” Gareth’s voice was quiet and tightly controlled.

Madeleine saw that Andrew’s face had grown paler and he looked very weak. Gently, she helped him to lie down. He pressed his cheek to hers and kissed her affectionately on the lips. She felt Gareth’s accusing eyes upon her and could hardly breathe as if a granite weight were pressed against her chest.

“Someday, there will be a time for us. I promise ye that, my bonnie lass.” Andrew’s smile was warm as the sun on a summer’s day.

“Rest now,” she said. “Grow strong that you may leave this place.”

His hand held hers until he finally slept. Turning away from Andrew, she saw Gareth’s eyes coldly watching her. His expression was so closed, she hardly knew what he was thinking. The extent of the control he could exercise over his emotions truly amazed her. It also frightened her. He gave away nothing.

“Come here,” he said in a voice that was deadly calm. His hooded eyes possessed her own the way a cobra would mesmerize its victim.

She did not want to move, yet her legs seemed to carry her of their own volition.

“Tell my men where I am,” he said quietly. “Help me escape from here.”

“I cannot do that and you know it!”

“I know nothing of the sort. If you care about me at all then you must help me escape.”

She shook her head. “I do care, but what you ask is impossible.”

“Talk softly. They are paying no attention to us at the moment, but if you raise your voice again, you’ll alert them.”

She pressed a compress against his face and then to his lips which were also badly battered. His lips kissed her fingertips, sending queer little quivers through her belly and heat through her blood.

“Help me,” he whispered. “You must.” He began sucking on her fingertips.

She quickly pulled her hand away.

JT: From the except it sounds like Highland Heart will be a favourite of historical romance fans! Future writing projects for you?

JT:  Before we finish, do you have one piece of advice for anyone who feels they want to be an author. Or what was the best piece of writing advice you ever received.

Jacqueline: I know everyone says this but if you want to be a good writer you first have to read a lot. I’ve always enjoyed reading. Writing is hard work and reading is fun. But reading a variety of written works teaches us about writing well. Also, it’s important to write and re-write. Self-editing is a skill that needs to be developed. First drafts are rarely good.

Thank you so much, Jacqueline, for being with us today. We wish you continued success with your writing career and look forward to seeing Highland Heart on the best seller list!

For a full list of Jacqueline's works, please visit her blog.  Jacquelineseewald.blogspot.com

Her books can also be found on Amazon and at her publisher Luminosity Publishing.

Thanks so much for interviewing me. I appreciate your support. Incidentally, today is the also the publication date of the current issue of Flash Bang Mysteries and I have a short story in it. The online magazine is a free read. So enjoy!

congrats on your new release.

You're very welcome, Jacqueline. Glad to hear of more good news for you with your short story publication today as well!

Helen, thanks for stopping by! Liz, my short story in Flash Bang Mysteries was meant for Halloween, but fits in with crime fiction in general. 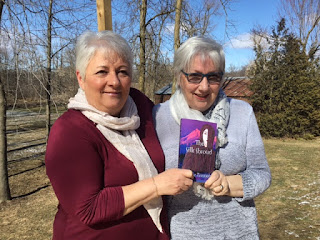