NOIR AT IT'S BEST 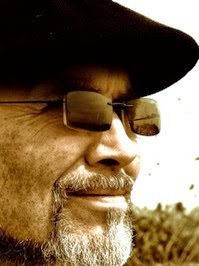 Congratulations on the publication of your first novel
‘Ride the Lightning” 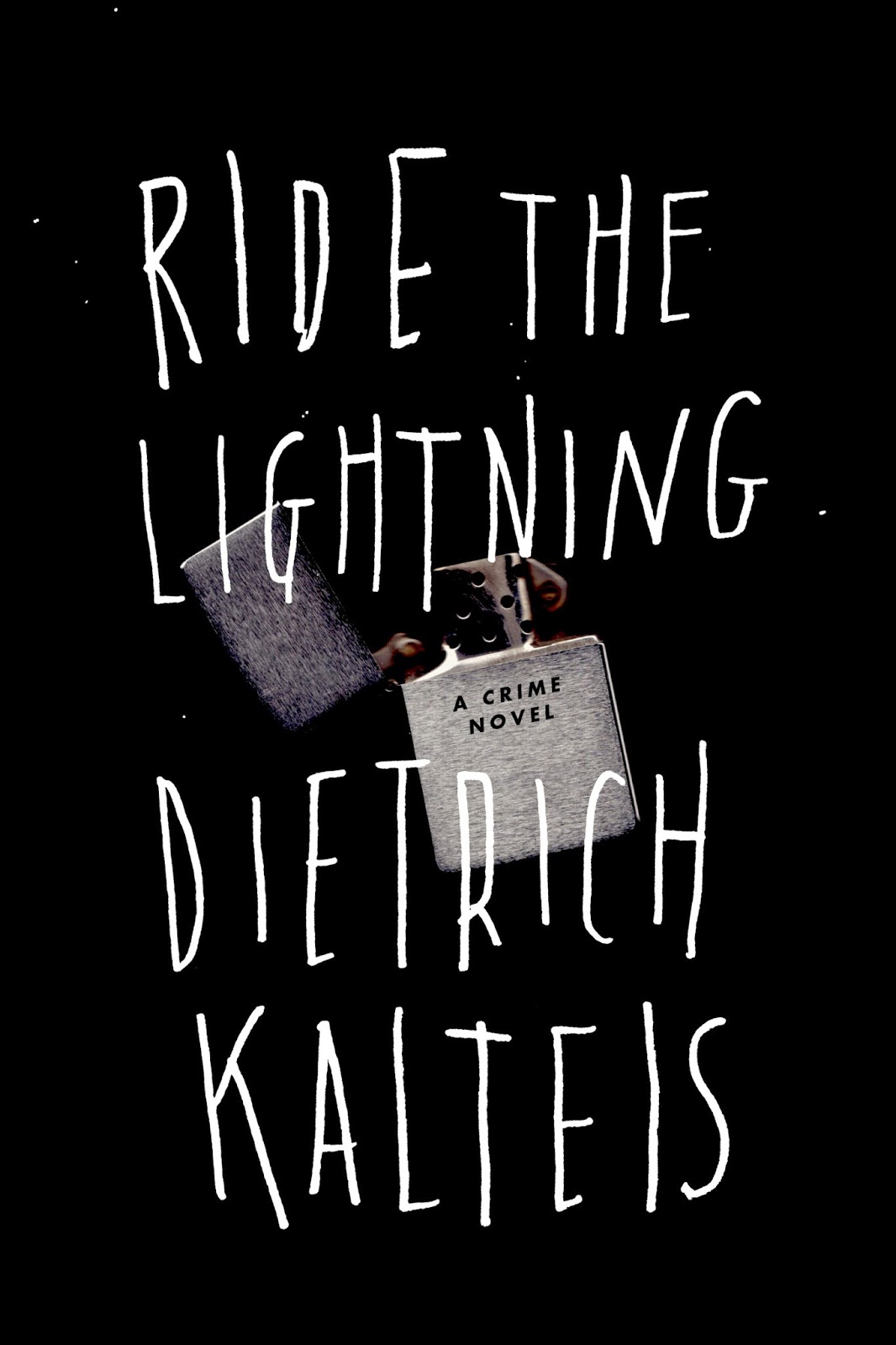 definition: To be executed by electrocution in the electric chair:Webster’s dictionary

Dietrich: Thank you for inviting me, Pam and Liz, it’s nice to be here.

Jamie: Your short stories have been published widely and you were a finalist with a screenplay at a Los Angeles festival. How do you compare the discipline in writing a full novel with short story writing?

Dietrich: I started writing short stories, thinking a novel would be overwhelming at first. It allowed me to play around with different genres, see what felt best, and above all, to find my voice. When I finished one, I submitted it for publication while working on the next. Getting a short story accepted and occasionally getting feedback from an editor sure helped me learn and gain confidence along the way.
When I tackled my first novel, I liked its expansiveness and being able to extend the conflict, bring in back story, develop and focus on additional characters and build in subplots, something that wouldn’t be possible in a short story. I can’t say I like one form over the other, but having written quite a few short stories before I began a novel taught me to keep it tight and aim to maintain a page-turning pace.

Jamie: Do you identify with Karl Morgan the bounty hunter or Miro Knotts the lowlife drug dealer? Just wondering… about research. Were you a bad boy in your youth?

Dietrich: Miro Knotts is the kind of character a reader will likely love to hate, there’s not much that’s sympathetic about him. Readers are more apt to like Karl Morgan. I guess there are aspects of him that I identify with. He’s basically a good guy who makes a lot of poor choices that keep him living life on the edge. Was I a bad boy? Not really. I don’t have a lot of experience with some of the elements in the story, so I had to do a lot of research for this one.

Jamie: Do you plan to write a series featuring Karl Morgen?

Dietrich: I never intended Ride the Lighting to kick off a series. Karl learned enough from his mistakes throughout the course of the story that I think he’s not likely to repeat them in the future. I did borrow a minor character from the story though. Dara Addie becomes a main character in the next novel called The Deadbeat Club, scheduled for release in 2015, ECW Press. She’s a year older, a little wiser and twice as edgy.

Jamie: What are you currently writing or are you busy promoting Ride the Lightning.

Dietrich: I write full-time, so I have plenty of time to do both. I start early every day and write till noon, which leaves me lots of time for promoting Ride the Lightning. I just finished another crime story set during the heyday of the Barbary Coast, and I started working on a new one involving some smugglers set in Vancouver in present time.

Jamie: Most writers started out with other careers – what occupations have you held while developing your writing career?

Dietrich: I was a graphic designer/art director all my working career. I really enjoyed the work, but in the back of my mind there was a story teller dying to be heard. I penned my first attempt at a novel when I was sixteen, wrote it in longhand and kept the loose-leaf pages in a shoe box under the bed. Never did anything with it, but I knew writing was something I would return to one day. It took a heck of a long time from that first attempt, but here I am.

Jamie: Bouchercon 2014 will be underway in November.  What is it about writing conferences that appeal to you personally?

Dietrich: It’s great to get together with other writers, see old friends and make some new ones. Writing is a solo effort, so events like Bouchercon allow writers to get out of their caves and socialize. I’m raring to head to this year’s Bouchercon in Long Beach.

Jamie: How long was Ride the Lightning in the works until it was published this spring?

Dietrich: It took three months to pen the first draft and about another nine to edit it into shape. I sent it to a handful of agents and publishers that accept submissions over the transom. When I got an email from Jack David at ECW Press, saying he wanted to publish the story, I nearly tipped off my chair.

Jamie: When not writing how do you like to spend your time?

Dietrich: I’ve always loved photography as an art form. I directed a lot of photo shoots and took commercial shots when I was in the graphics industry. Now, I just like to get out into the city with a camera and look for something interesting to shoot. Going through Europe with a camera and a backpack is near the top of my bucket list.

Jamie: Has any particular author inspired your writing?

Dietrich: There are many great authors with incredible voices that have inspired me: Hunter S. Thompson, Ken Kesey, Jack Kerouac, Charles Bukowski, Tom Wolfe, William S. Burroughs, Leonard Cohen, just to name a few. As far as crime fiction, I am a huge Elmore Leonard fan. No one did it better in my opinion.

Thanks Dietrich for sharing your writing life with us. We wish you continued success with your future novels.

Thank you so much for inviting me Pam and Liz. It’s been fun.

If you want to meet Dietrich in person, on Nov 4th he will be schmoozing and reading from his book Ride the Lightning at ….Noir at the Bar, Vancouver, Shebeen Whiskey House, 212 Carrall St. Vancouver 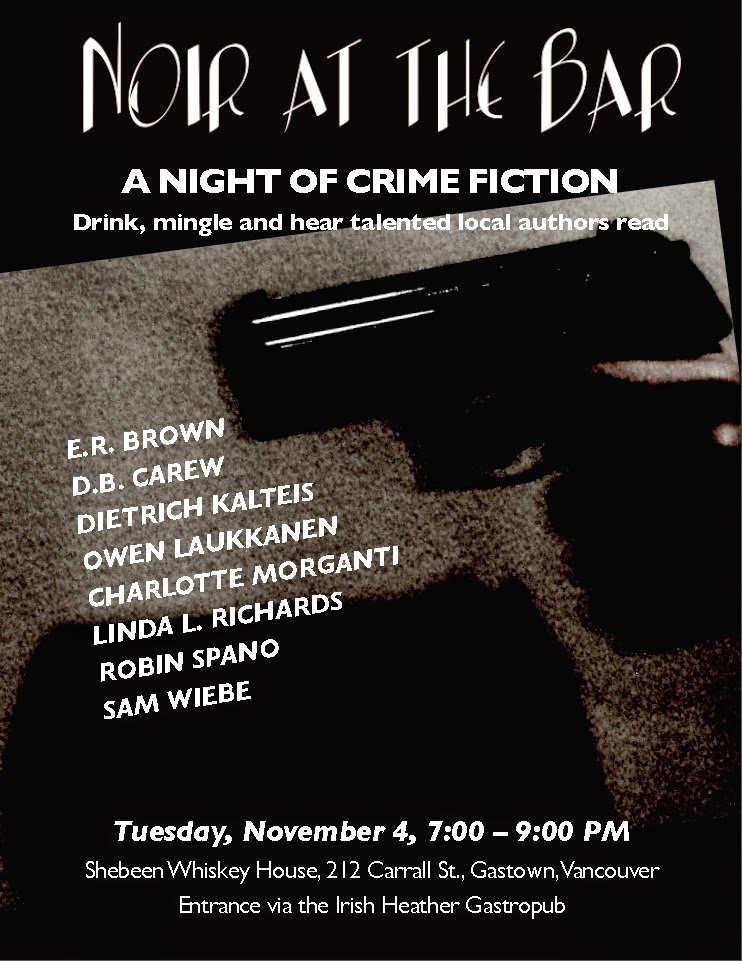 You can also catch him at Bouchercon in Long Beach CA, taking part in the panel ‘Round the world for murder’ on Saturday, Nov. 15 at 3:00 PM with Erin Mitchell, Cara Black, Sara Blaedel and Barry Lancet 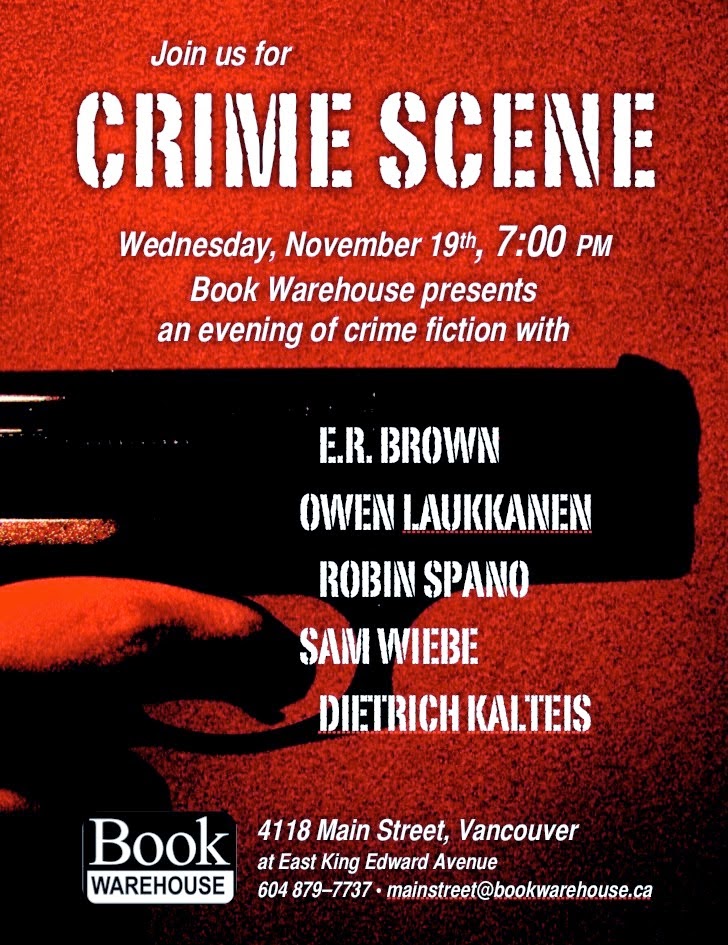 Dietrich Kalteis's short stories have been widely published, and his screenplay Between Jobs is a past finalist in the Los Angeles Screenplay Festival. Dietrich lives in West Vancouver, BC, and his debut novel RIde the Lightning was published this past April by ECW Press.

If you enjoyed this interview,check back next month as we grill Cathy Astolfo.