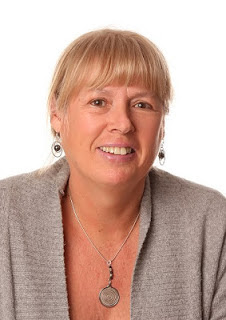 Let’s hear it for Vicki Delany. Jamie Tremain welcomes one of the busiest authors in Canada. She juggles two different series; the Constable Molly Smith series and my favourites the Klondike mysteries. Her gothic thrillers are stand alone books and will raise the hairs on your neck.

Welcome to our blog Vicki.  Liz and I have been fans for a number of years. We each have our favourites. Liz leans toward your psychological suspense books while I love your characters in the Klondike mysteries, set in Dawson City, Yukon.
Fans of Molly Smith are eagerly awaiting this sixth book in the series. How do you manage to keep her fresh and exciting? Can you see many more books with Molly in them?

Vicki:
First, Liz and Pam and Jamie, thanks so much for having me. I look forward to interviewing Jamie Tremain one day.

A Cold White Sun is the sixth book in the series, and the seventh is almost finished. It’s called Under Cold Stone, and will be released in April.  As for keeping Molly herself fresh, the fact that she’s very young when the series begins gives me plenty of room for her to grow.  In the first book, In the Shadow of the Glacier, she is 26 and a probationary constable.  By Valley of the Lost, she’s a Constable Third Class. She’s moving through time, although slower than in real time, and I am trying to give her experience and maturity in her life as well as in her job as the books progress. So I have a lot of material left to keep Molly around for a good time still.  Even the co-protagonist, John Winters, although he is at the height of his career and approaching 50, is learning things and slowly adapting to life in this unfamiliar small mountain town.

When you are not travelling to promote your books, you are either making visits to South Sudan, on tour to the Yukon and NWT, holding writing classes and carrying on your duties as VP of Crime Writers of Canada. Oh, and your commitment to “Scene of the Crime Festival’ taking place August 18th on Wolfe Island. http://www.sceneofthecrime.ca/
Do you set yourself a writing schedule or is writing something you’re always doing?

Vicki:
I have a strict schedule, and I have to stick to it.  Here’s my deep dark secret: I don’t actually like writing.  I am not compelled or driven to do it.  I like the end product. So, if I didn’t get up every morning, seven days a week, and write for the pre-determined three or four hours, nothing would get done. Because there would always be something I’d rather be doing.  I don’t write when I’m travelling. That’s probably because of the aforementioned disruption to my schedule, and the excuse not to sit down and write. The exception is when I visit South Sudan.  There is literally nothing to do in Juba, South Sudan when my daughter and her friends are at work, so writing is my only recourse. 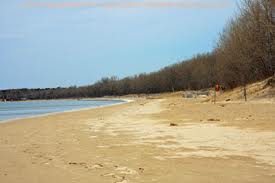 You live in bucolic Prince Edward County surrounded by fields of sunflowers and vineyards. The beach is close by and small towns and villages dot the landscape around you. You travel extensively for family visits or for your work as an author. In all your travels have you found another place you could live, as idyllic as where you live now?

Vicki:  My favourite place in the world is Nelson, British Columbia.  Trafalgar, the location of the Molly Smith books, is Nelson not-at-all-thinly-disguised. I’d love to live in Nelson, but my mom is in Ontario as are two of my three daughters.  One of my daughters lived for 18 months in the Turks and Caicos.  I could see myself living there for a while at least.

You came from corporate Canada as a computer programmer and systems analyst to the writing life. Has your old livelihood and work experience influenced how you go about planning a new book?

Vicki:
In the great to outline or not to outline debate, I fall somewhere in the middle. I usually have a rough idea of what I want to accomplish before I begin a book.  I something think it’s a result of my computer experience. If I was going to design a new programme for a bank, I needed to know before I began if it was going to debit or credit your account.

You were in South Sudan earlier in the year visiting your daughter who works there. Notwithstanding the culture shock and a much different way of life, did you find the time to write about your experiences or can we look forward to a new mystery series set in the Sudan?

Vicki:  I blogged a lot about my time in South Sudan, because not many people go there. I like to say that I am the first tourist. Here’s one of the posts:  http://klondikeandtrafalgar.blogspot.ca/2011/12/klondike-friday-juba-south-sudan-2011.html
My next book for Rapid Reads is titled Juba Good (Spring 2014) and is about an RCMP officer with the UN in South Sudan.  But that will probably be the only book I set there. I would have to go to the dark side, I think, to do a realistic portrayal of the country.  Juba Good is the darkest book I have written.

I find the writing community is very helpful in promoting each other and Liz and I have received valuable assistance from you and others in our writing journey. This paying it forward is a movement I like and is so different from the big brother attitude of many corporations I’ve worked for. Is this a trend that is here to stay or is it a by product of the social media sites we communicate on today?

Vicki: The Canadian mystery community is extremely close, as you know.  It always has been, at least in the twelve or so years that I’ve been part of it.  I like to say that when I decided to write a book the last thing I was thinking of was so I’d make new friends.  But that’s been the best part of it.  I’d argue that not only does social media have nothing to do with that, it might even be detrimental to those close links.  I know Pam and Liz from meeting you in person, right?  I think I first met Pam at the book launch for Gold Fever, and Liz at Bloody Words. Tomorrow, I’m going to the cottage of one of my CWC friends, and a couple of other writers will be there also.  These are all people I met at various crime writing functions or conferences. We’ll drink lots and eat well and talk about books and book people.  Social media, on the other hand, is about LOOK AT ME, LOOK AT ME, LOOK AT ME NOW!!!! Oh, sure people will occasionally drop in a quick reference to someone else’s new book on their Twitter feed, but it really is all about “me”, not about making real meaningful friends, getting to know colleagues, and then giving and receiving advice and encouragement.  My friends and I and fellow-CWCers promote each other because we like each other’s books: we even critique manuscripts and put on joint events.  But these are real flesh and blood friends, not virtual friends. I travel a lot for promotion, as you said, in the US as well as Canada, and so I meet many crime writers. Often we hit it off and are happy to exchange guest blog slots or post a link on our FB page or drop a Tweet.  But the personal relationship has to come first.  No, social media if anything is getting in the way of that sort of thing.  Beginning authors who think it’s all about dropping a few auto-Tweets are missing the point.

What do you have in the works for your many fans to look forward to?

Vicki: Gold Web, the fourth Klondike book, will be released in December.  Then Under Cold Stone, Molly Smith #6, will be out in April.  Juba Good sometime in the spring.  Wow, seems like a lot.  I am currently working on a new gothic thriller for Poisoned Pen Press. No title as of yet, but it will be set on a winery in Prince Edward County, with a ghost-story from WWII.

All work and no play.....What do you do in your down time?

Vicki: I read. A lot.  I am going to be interviewing Andrew Pyper at Scene of the Crime, and although I’ve read all of his books, I am reading them again, so hopefully I can come up with some good questions.  I have a small property in the country, and in the summer I garden and swim. I also travel a lot, which I really enjoy.  I’m hoping to go to Spain next year.  Promotional stuff takes up a lot of time, such as this interview. But I do it because I enjoy it.  If I didn’t enjoy it I wouldn’t do it.

You are known for the different hats you wear. The first time I met you at the Bloody Words Conference in Ottawa you had on a very smashing hat that was reminiscent of what your character Fiona MacGillivray of the Klondike series would wear.
Is this all very necessary to help sell and promote books today or is this a personal Vicki-ism?

Vicki: I love wearing hats, but it is pretty much my promotional shtick.  In the summer, on a hot sunny day, I might wear a nice sun hat, but the fancy hats and fascinators are only for book promotion. It started with me buying a big Victorian hat to wear to book signings for the Klondike books, and kinda grew from there.   By the way, I have the honour of being the Canadian Guest of Honour at Bloody Words 2014 (http://2014.bloodywords.com/) and I will be putting some thought into suitable millinery.

Are you a lone wolf when it comes to writing or would you consider writing with a collaborator?

Vicki: Total lone wolf.  I can not imagine how you too can work together. And so effectively, I must say.  But then again, I am a pretty solitary person.

Thanks Vicki for speaking with Jamie Tremain today. We’re both looking forward to many more books in your series. 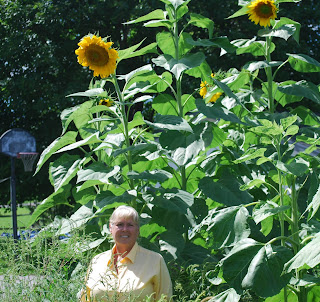 “It’s a crime not to read Delany,” so says the London Free Press.  Vicki Delany is one of Canada’s most prolific and varied crime writers. Her newest novel is A Cold White Sun, the sixth book in the Smith & Winters police procedural series for Poisoned Pen Press. She also writes standalone novels of psychological suspense, and the light-hearted Klondike Gold Rush books which are published by Dundurn.
Her Rapid Reads book, A Winter Kill, was shortlisted for the 2012 Arthur Ellis Award for best novella.
Vicki is a member of the Capital Crime Writers, The Writers Union of Canada, and is on the board of the Crime Writers of Canada and the Wolfe Island Scene of the Crime Festival. She is proud to have been chosen as Canadian guest of honour for Bloody Words, the Canadian mystery conference, in 2014.
Having taken early retirement from her job as a systems analyst in the high-pressure financial world, Vicki enjoys the rural life in bucolic, Prince Edward County, Ontario.

Vicki - I really appreciate your perspective on today's social media and have to agree with you on your assessment. Social media networks may change, evolve, or disappear, but good friends stand the test of time. Thanks again for sharing your time with Jamie Tremain today - look forward to seeing you at Scene of the Crime!