We now have a new series - Grant's Crossing. The first book, Death on the Alder, was released in the fall of 2021 and its follow-up, Resort to Murder, is available January 31 2022.
Grant's Crossing is an idyllic, pastoral, town in rural Ontario. Alysha Grant, a University of Guelph graduate, recently inherited a family property which belonged to her grandparents.
The farm, called Leven Lodge, is now home to eight retired residents, but is no nursing home!
Once Alysha, and boyfriend Jeff, decide to stay and take over running the lodge, they also find themselves learning about the varied personalities who call it home.
And murder - which intrudes to threaten all that is good in Grant's Crossing. 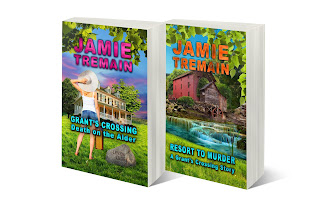 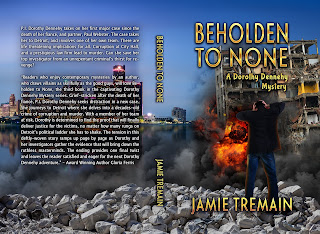 P.I. Dorothy Dennehy takes on her first major case since the death of her fiancé, and partner, Paul Webster. The case takes her to Detroit, and involves on of her own team. There are life threatening implications for all. Corruption at City Hall and a prestigious law firm lead to murder. Can she save her top investigator from an unrepentant criminal’s thirst for revenge?

Readers who enjoy contemporary mysteries by an author who draws villains as skillfully as the good guys, will love Beholden to None, the third book in the captivating Dorothy Dennehy Mystery series. Grief-stricken after the death of her fiancé, P.I. Dorothy Dennehy seeks distraction in a new case. She journeys to Detroit where she delves into a decades-old crime of corruption and murder. With a member of her team at risk, Dorothy is determined to find the proof that will finally deliver justice for the victims, no matter how many rungs on Detroit’s political ladder she has to shake. The tension in this deftly-woven story ramps up page by page as Dorothy and her investigators gather the evidence that will bring down the ruthless masterminds. The ending provides one final twist and leaves the reader satisfied and eager for the next Dorothy Dennehy adventure.     Award Winning Author Gloria Ferris 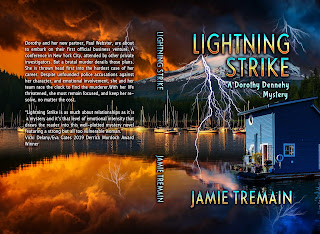 Available on Amazon
Dorothy Dennehy, and her new business partner, Paul Webster, are about to embark on their first official business venture. A conference in New York City attended by other private investigators, where Dorothy is anxious to introduce him to her colleagues. But a brutal murder derails those plans.
Dorothy is thrown head first into the hardest case of her career. Despite unfounded police accusations against her character, and emotional involvement, Dorothy and her team race the clock to find the guilty person. With her life threatened, she must remain focused and keep her resolve, no matter the cost.
Released May 2019
Re-Released June 2021
First in the Dorothy Dennehy Mystery Series 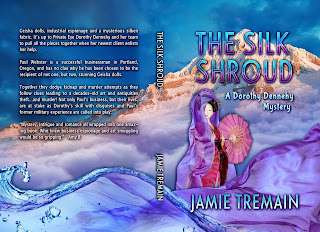 PI Dorothy Dennehy is hired by former intelligence operative Paul Webster to investigate unethical business dealings which have threatened his company.  Industrial espionage, art smuggling and an egotistical  competitor risk the survival of his livelihood and his life.

Dorothy and her team of investigators work to unravel the puzzle and save his firm. They dodge murder attempts to discover who is behind the threats and unanswered questions.

The risks intensify when a body is discovered In a condition which perplexes the local coroner. The trail soon leads to a decades old art theft and the true intent of his business rivals.